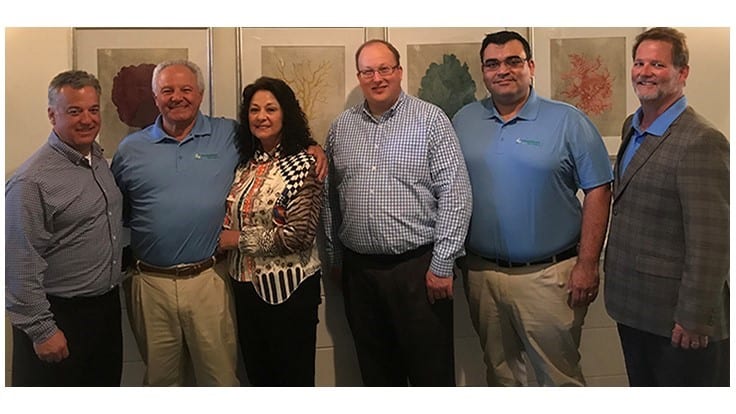 DELRAY BEACH, Fla. — Terminix announced the acquisition of Hometown Pest Control, Delray Beach, Fla., a PCT Top 100 firm that generated $7.6 million in 2017 revenues. The deal closed on April 30 and terms were not disclosed.

“Hometown built a fantastic business on great customer service and we’re happy to have them on our team,” a Terminix spokesperson told PCT.

Hometown was founded in 1997 as a one-man operation by former insurance salesman Sal and Addie Yanello. The Yanellos relocated to South Florida from their native New York in November 1992, with plans of selling insurance. However, Florida was recovering Hurricane Andrew (which made landfall in August 1992), so the Yanellos changed course. Sal got licensed and began working for a family member’s pest control firm. About four years later, in March 1997, the Yanellos launched Hometown Pest Control from their home.

Hometown Pest Control’s growth was accelerated by the South Florida construction boom of the late 1990s/early 2000s. “We concentrated on homeowner associations and property management firms in South Florida — treating properties in gated communities that could have 500 to 1,000 homes,” Yanello recalled.

As the Yanellos were charting their future (Sal will be 67 in June) they began exploring M&A opportunities and determined that Terminix would be a good strategic fit. “They wanted us to stay as a stand-alone operation and keep everyone in place, and that was important to us,” said Yanello, who added there might be growth opportunities for Hometown employees since the company specializes in lawn & ornamental work — a segment he says Terminix is looking to grow.

Hometown will continue to operate under the Hometown brand; Rico and Sal Yanello are staying on board for the immediate future, while Addie Yanello is retiring to focus on the Yanello’s real estate interests.